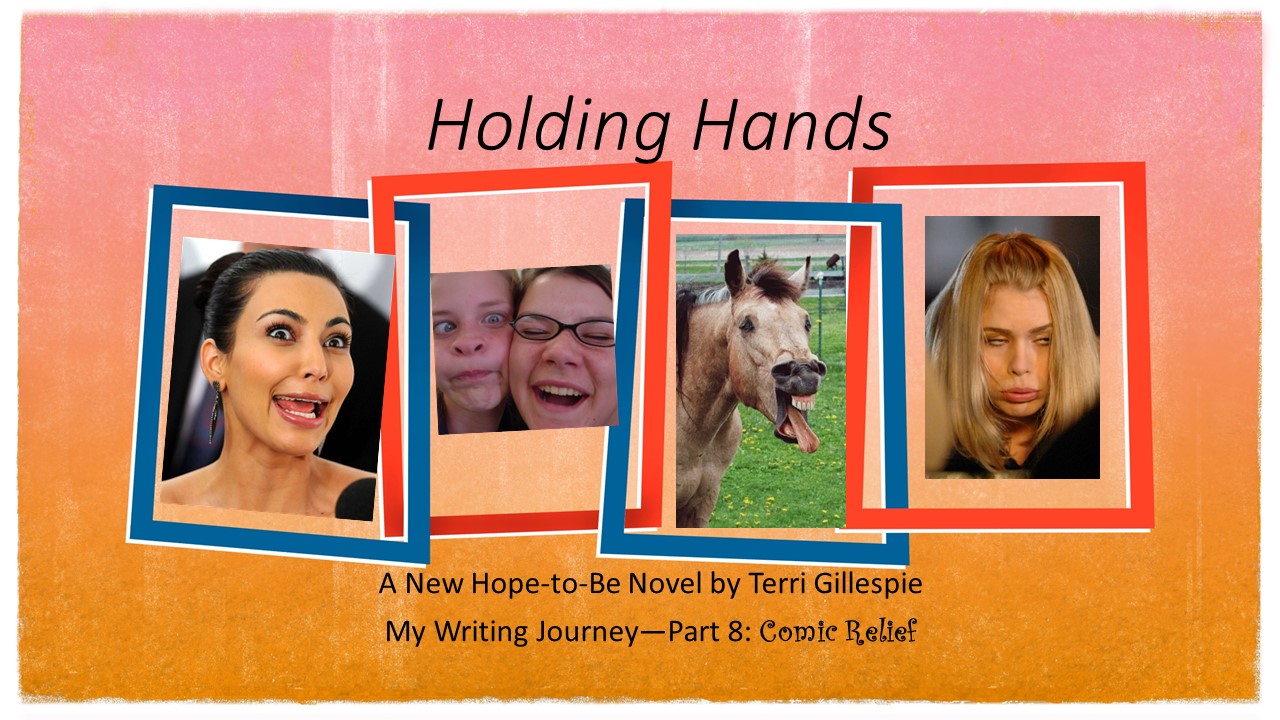 Sometimes when I read a story that deals with difficult subject matter, I need a little lightness and levity. So, when things get especially difficult with my protagonist, I need that little clown (even though I don’t like clowns—you know the clown-clowns) to give the reader a pause from the intensity. Besides, that’s how life is, we have the trials and tribulations of life, and then God gives us something to smile about—if we pay attention.

So, I like to create the “comic relief” characters. The definition of comic relief is: comic episodes in a dramatic or literary work that offset more serious sections.

In Holding Hands, that comic relief is Neecey Maria Mangino. I love Neecey. So much so that I’m seriously thinking of writing a sequel with her as the main character.

Neecey is a Jersey girl stuck in the Midwest. Beneath her teased hair, heavy makeup, and snarky attitude there is a broken, heart of gold. She thinks Elena is snooty, but that’s only because she really likes and respects her and has gotten her feelings hurt by Elena’s standoffishness.

Don’t be fooled by all the hair and tight-fitting clothes, though. Neecey is a phenomenal office manager. She keeps those physical therapists in line and makes sure things run as smoothly as a Jersey muscle-man competition. When the PTs are running late, she can chat up the patients and have them giggling.

Our comic relief’s backstory is pretty tragic, as most comics’ stories are. She has a lot of hurt under all that makeup. She needs a little wholesome attention. And I’m rooting for her.

Next week: Other Characters—The “Voice” of God