Daily Touch: It is well with my soul 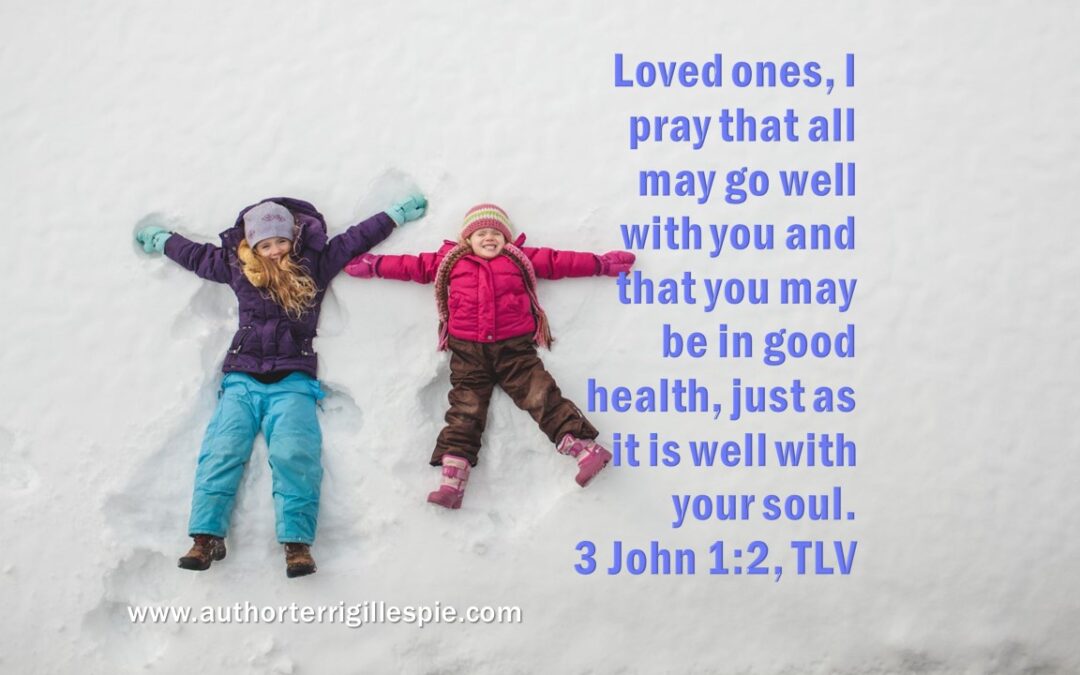 Loved ones, I pray that all may go well with you and that you may be in good health, just as it is well with your soul. 1 John 1:2, TLV

The news wasn’t hopeful. My aunt, who was only eighteen months older than me, was diagnosed with stage four cancer. When I contacted her to ask how she was processing all this, she said, “It is well with my soul.” That was early January. Six months later her soul arrived in heaven.

Her declaration moved me. We both loved the song by that name, so I sent her several versions. This prompted me to look into the background of the song.

The story behind the song

Horatio Gates Spafford (October 20, 1828, Troy, New York – October 16, 1888, Jerusalem) was a prominent American lawyer and Presbyterian church elder. Spafford traversed many trials and tribulations, the first being the Great Fire of Chicago (1871) which destroyed most of Spafford’s investments.

Two years later, the family planned a trip to Europe. Late business demands kept Spafford from joining his wife and four daughters on a family vacation in England where his friend Dwight L. Moody would be preaching.

On November 22, 1873, while crossing the Atlantic on the steamship Ville du Havre, the ship was struck by another vessel killing 226 people, including all of Spafford’s daughters. His wife, Anna, survived the tragedy. Upon arriving in England, she sent a telegram to Spafford that read “Saved alone.” As Spafford sailed to England to join his wife, he wrote “It Is Well with My Soul.”

Learning the background to this song gave a deeper meaning to my aunt’s declaration. It also gave me perspective that when things are going crazy around me, it can still be well with my soul.

Is it well with you soul?

Shares
* Subscribe and Get a free sneak peak of the First Chapter of Hair Mavens—Really Bad Hair Day!