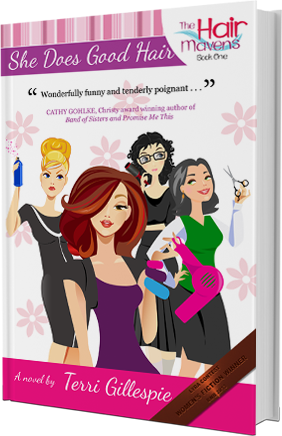 A chic hairdresser on the fast-track to salon fame is yanked back to her aunt’s rundown salon with beauticians stuck in the ‘80s and sure to make her life a tangled mess.

Shira Goldstein’s life takes a drastic turn when she goes from styling the wealthy and famous at a premiere salon in Manhattan, to humiliated and unemployed in one day. Just when she thinks things couldn’t get worse, her Aunt Edna passes away. Her aunt leaves Shira her run-down salon, The Hair Mavens, but an unwelcome surprise accompanies the inheritance.

Harriet isn’t interested in any new fangled changes and wants to make sure she comes out on top-whatever it takes.

Beulah was Aunt Edna’s prayer partner and wants to support Shira, but knows the three mavens are about to be fired. Besides what would a star in the salon field want with a behind-the-times beautician?

Kathy, afraid of her own shadow, bears a secret Edna took with her to the grave. Only God could bring four such unlikely women together to make a difference in each of their lives and eventually the whole community-if they don’t kill each other first.

Other Terri Gillespie Books in "The Hair Mavens" 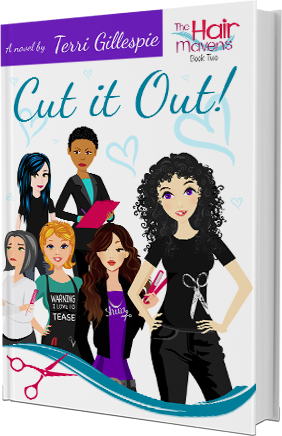 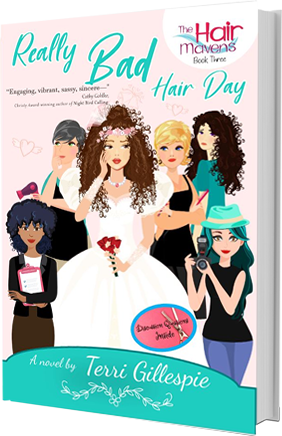 A Really Bad Hair Day
Look Inside
Disclosure of Material Connection: Some of the links in the page above are "affiliate links." This means if you click on the link and purchase the item, I will receive an affiliate commission. I am disclosing this in accordance with the Federal Trade Commission's 16 CFR, Part 255: "Guides Concerning the Use of Endorsements and Testimonials in Advertising."