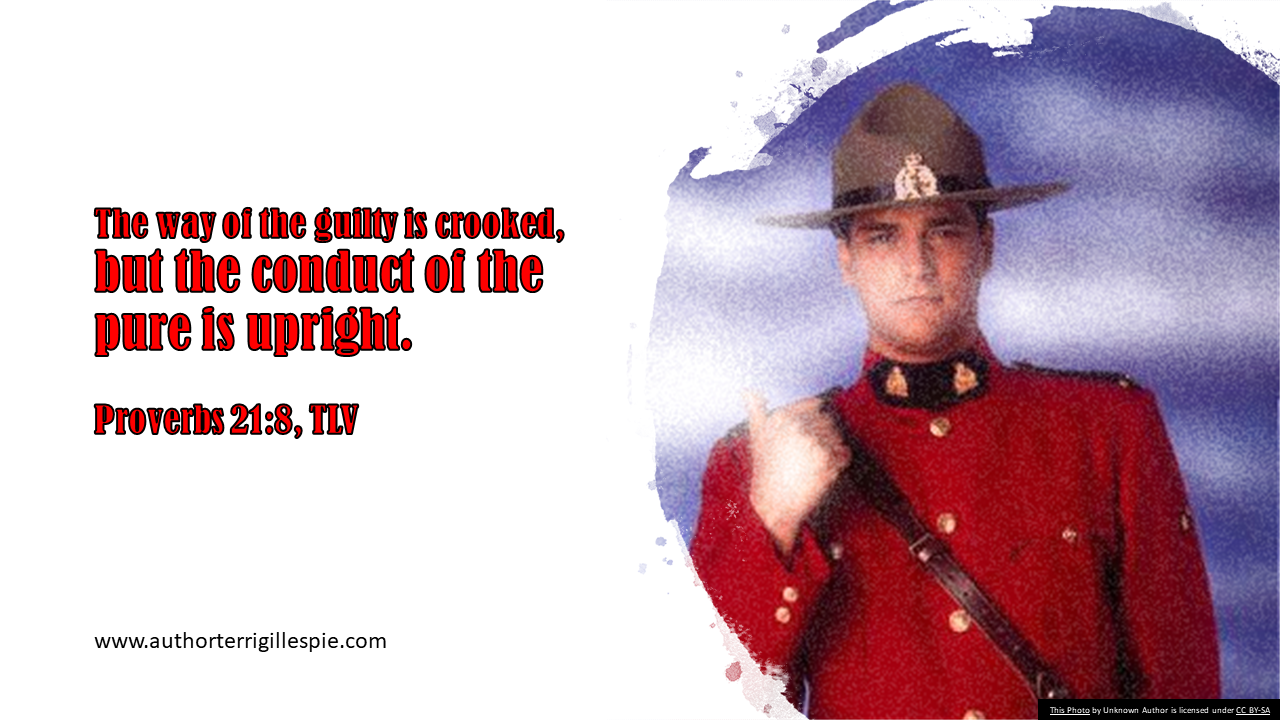 TODAY’S PROVERBS: The way of the guilty is crooked, but the conduct of the pure is upright. Proverbs 21:8, TLV

My graphic today is of a Royal Canadian Mounted Police officer. Perhaps because of watching the television series Due South, I think of the Mountie as pure in heart. Due South was the adventures of an upright Canadian Mounted Police constable and his American colleagues in the city of Chicago. The constable was an example of someone who battled the ugliness of crime with innocence and integrity.

But, really, anyone who makes the commitment to serve and fulfills it with integrity is an example to all of us. Those in the military, law enforcement, first responders, utility workers.

As we draw closer to Christmas, Hanukkah, and the New Year, these folks sacrificially give of themselves to serve while the rest of us are safe and warm at home. Some perform large and small acts of heroism in the freezing weather. Others while danger surrounds them.

Let us remember them in our prayers. If we’re able, give sacrificially to them — a cup of coffee, a bag of groceries, or donate to one or more of the charities that support first responders.

And, if you know a family of emergency service workers, remember them, too.

Because, too often we all get wrapped up in unwrapping gifts that we forget there are others serving us without asking for anything in return.

I know that today’s proverb wasn’t intended for this theme, but within all of Scripture, I believe it is our Heavenly Father’s heart to remember those who purely serve and conduct themselves uprightly.

May we remember those who serve, my friends.