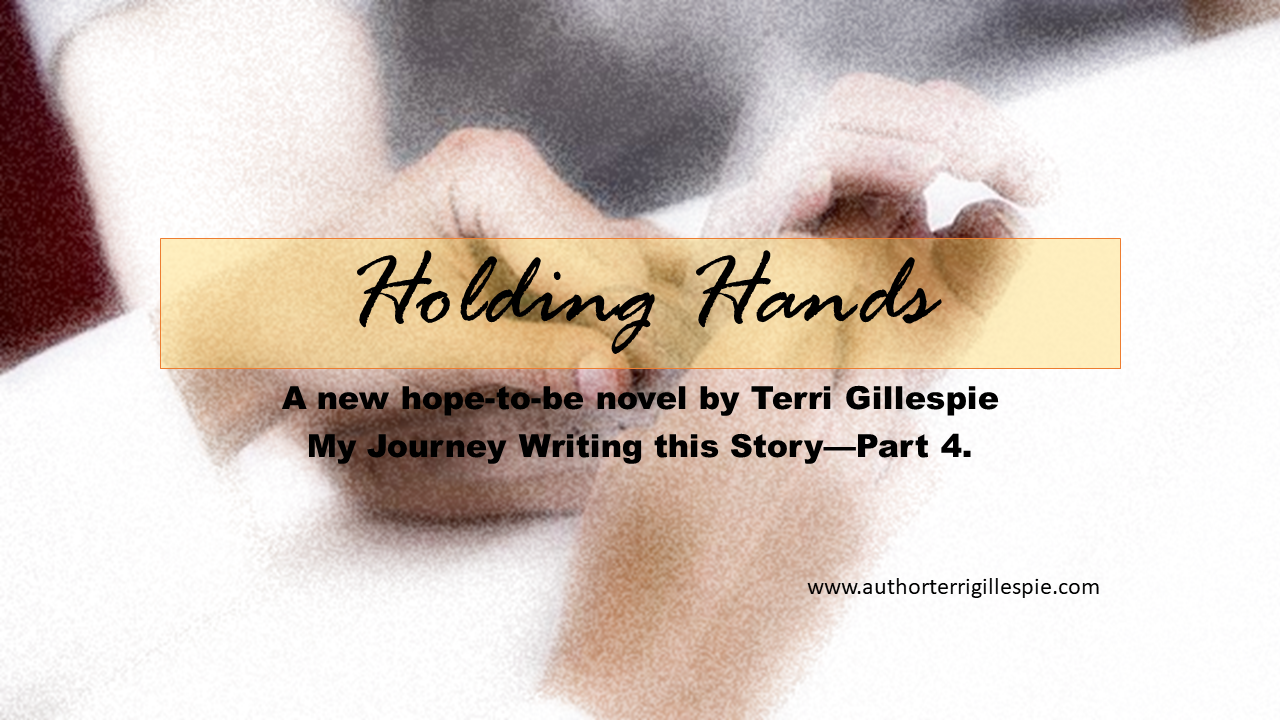 I remember a classic line from Anne of Green Gables by L. M. Montgomery:

“I read in a book once that a rose by any other name would smell as sweet, but I’ve never been able to believe it. I don’t believe a rose would be as nice if it was called a thistle or a skunk cabbage.”

As I fleshed out Holding Hands, finding a suitable name for my protagonist came next. Authors can spend months coming up with names for their characters—especially their protagonists. Or, we know the name immediately and develop the character sketches based on that name.

For Holding Hands, the original name of my protagonist was Sophia. However, my dear friend was writing a book—her sixth—and her protagonist’s name was Sophia. Plus it was the name of one of her granddaughters. It just didn’t feel right to continue using it.

I needed a name that fit the appearance of my character. (More on that later.) She’s the daughter of a Russian immigrant and very exotic looking. Her name couldn’t be common. And then I came across a name in a nonfiction publication. Elena.

So, Sophia became Elena. And as the story shaped up, the name fit better—at least I thought so. I hope you will, too.