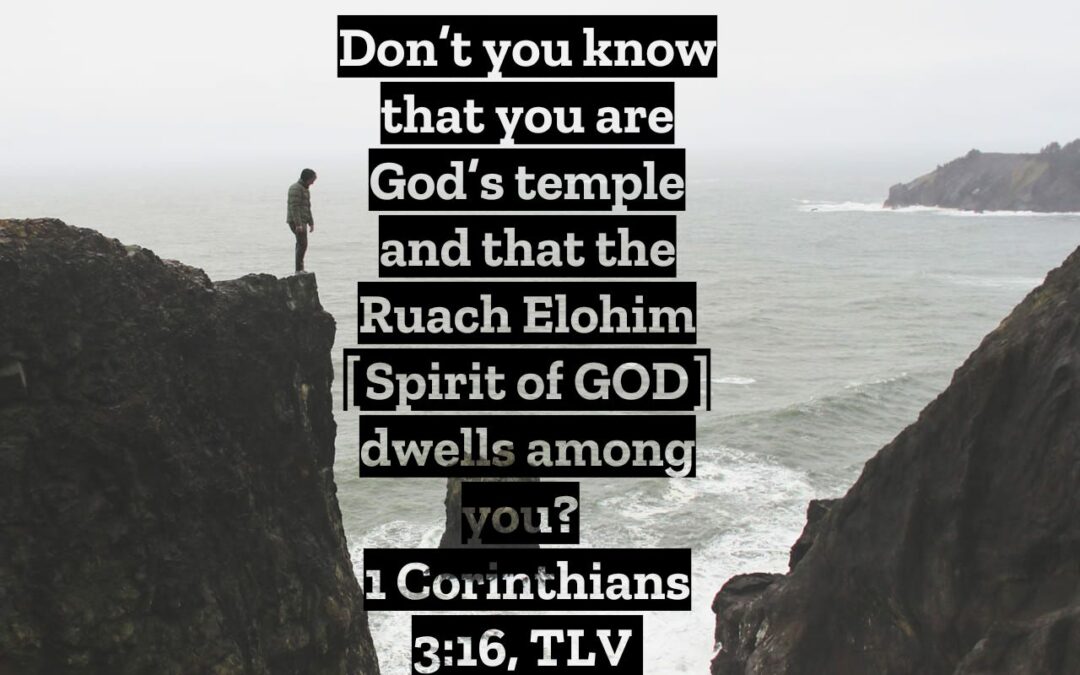 Don’t you know that you are God’s temple and that the Ruach Elohim dwells among you?  1 Corinthians 3:16, TLV

Context. For thousands of years, the Jewish people understood that God lives in His Temple. That is where His Sh’khinah — His glorious Spirit lives. When Jesus met with the Samaritan woman at the well, she knew that Jerusalem was where the Jewish people worshipped because that was where the Temple was built (John 4:20). But, Yeshua prophesied that the time would come when:

“But an hour is coming—it is here now—when the true worshipers will worship the Father in spirit and truth, for the Father is seeking such people as His worshipers.” John 4:23, TLV [Emphasis Mine]

So, today’s verse has more to do with our responsibility as children of the Father. In the previous verses of this chapter, Paul is exhorting — and scolding — the Corinthians for not being further along in their faith. Because they were to be true worshippers, and should not fall prey to all the temptations from their past. They were still walking in a worldly way (vs. 3), rather than trying to work together to build the Body — the Temple.

Yikes. Sound familiar? Rather than working in unity no matter “who” we follow (what denomination), we’re comparing who is more right (vss. 5-9). The Holy Spirit wants us to go back to the source — the Word of God. Let that be the equalizer of our unity. Because in that unity the world will recognize Yeshua as the Messiah and Savior of the world.