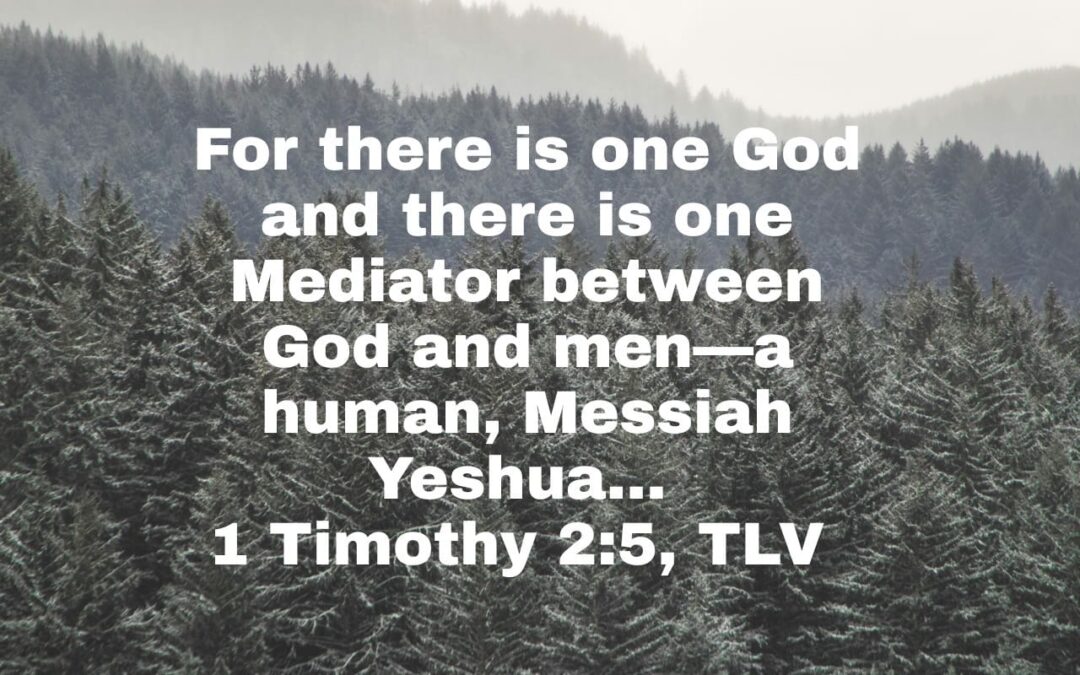 For there is one God and there is one Mediator between God and men—a human, Messiah Yeshua . . . 1 Timothy 2:5, TLV

Context. Paul’s letter to Timothy — and us — is a reminder to pray and intercede on behalf of all people, including those in authority. Historically, we know most of the folks in authority were not in favor of this new sect of Judaism that was growing in numbers among the non-Jews.

Verses 5-6, speak of building and growing and prospering. Essentially, minding their own pursuits and working hard.

In verse 7, they are directed to pray for the city where they are held captive.

“Also seek the shalom of the city where I took you as captives in exile, and pray to Adonai for it—for in its shalom will you have shalom.” Jeremiah 29:7, TLV

There is a lot of rhetoric out there. Followers of Jesus are unsettled with the current state of affairs in this country and around the world.

Perhaps, we could follow Paul and Jeremiah’s wise words to mind our pursuits — whatever God has called us to — and pray for those around us, including and especially those in authority. To live in peace as best we can.

Knowing above all that our Mediator, Yeshua has our spiritual backs. We can follow His lead. Because His example is the best lead.