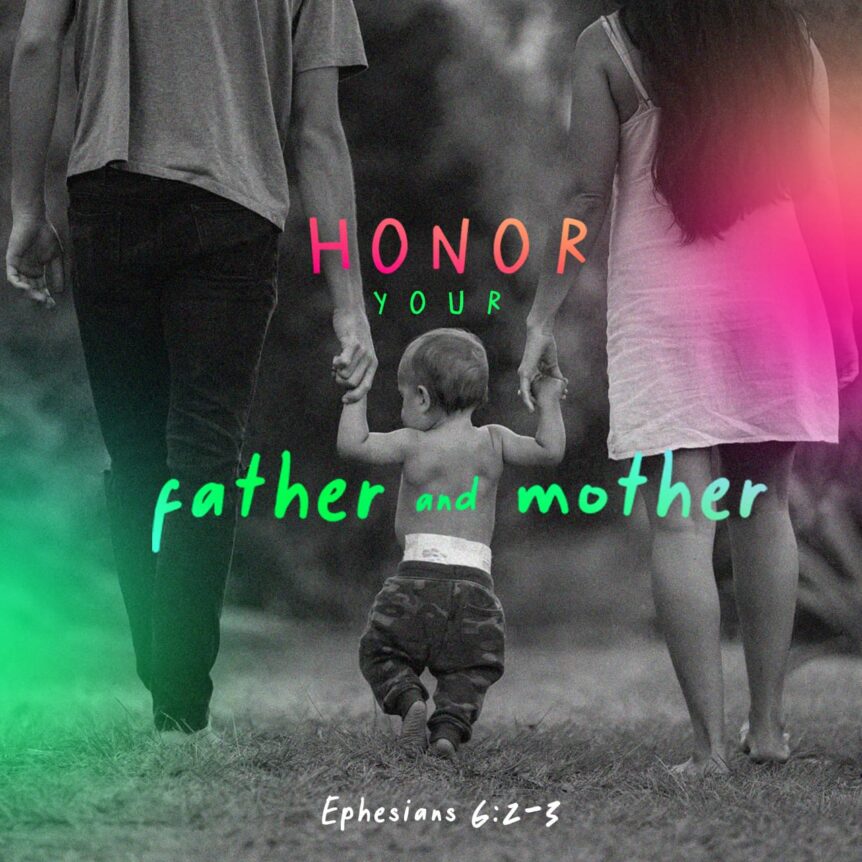 “Honor your father and mother” (which is the first commandment with a promise), “so that it may be well with you, and you may live long on the earth.”  Ephesians 6:2-3, TLV 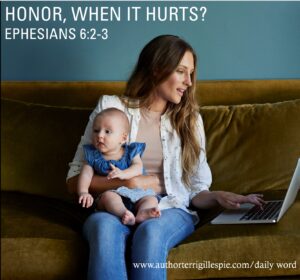 But, What About?   This is another juicy passage where context and history are so fascinating. *Sigh.* But, let’s take these two verses at face value. Paul ends his epistle/letter to the Ephesians with what seems like random reminders. The chapter ends with spiritual battle instructions, but really, the chapter is interwoven so tightly, it would be difficult to see daylight through the threads.

“Honor your father and mother.” What does Paul mean when he says it is the first commandment with a promise?

‘Honor your father and your mother just as ADONAI [the LORD] your God commanded you, so that your days may be long and it may go well with you in the land ADONAI your God is giving you.’  (Deuteronomy 5:16, TLV)

For most of us, the first “people” we come into contact with are our parents — or mother. We are knitted in the womb of this person. Celebrating that mother, may not always be possible, especially as we age. But, whether this woman parents or co-parents us or not, the Bible says we are to honor them.

What if the woman who gives birth to us does not raise us, but instead gives us up to adoption or abandons us or is abusive? Do we still honor her? Yes. As difficult as that may sound, yes, we are commanded to honor her. Whether there is reciprocity or not.

If you are one of too many who had an abusive mother or guardian and truly want to find a way to honor them, begin with forgiveness. Forgiveness is not just for the person who has done us harm, forgiveness frees us to see and live not as victims, but victors. It also allows the Holy Spirit free reign to direct our steps from that point — and the first steps to loving them unconditionally.

Most mother’s — whether birth, adoptive, grandmother, or guardian — are gifts to us. The lessons we learn from them are done through their living testimonies and love, as well as their mistakes and discipline. Perhaps even more. Whether we think our mother is worthy of honor or not, doesn’t matter. If we hold any sort of unforgiveness, we leave ourselves open to spiritual attacks.

As we approach Mother’s Day, if you know anyone whose mothers have passed on to their reward, or those who have no children or lost children, be especially gentle with them. Pray for them. Bake a batch of cookies. Take them to brunch. Especially if you’re one of those people.

Be grateful for your mother and father.