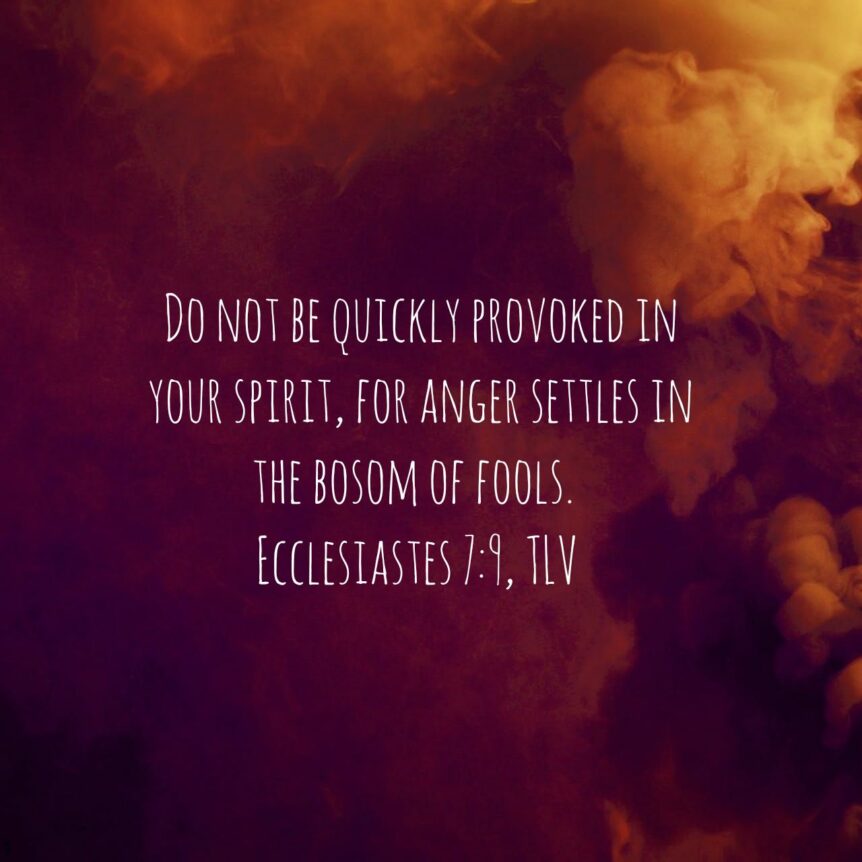 Do not be quickly provoked in your spirit,
for anger settles in the bosom of fools. Ecclesiastes 7:9, TLV 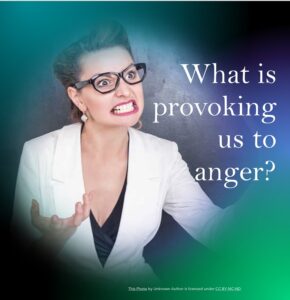 Some might judge their anger to be “righteous indignation.” But what if we kept track of the number of times we were provoked in our spirit by what we see on television and social media? Not to mention the neighbors, or the person who cut in front of us in traffic or the parking lot?

Would it be a long or short list? Mine? Too long. How much is of that list is righteous? Be honest.

Do not say, “Why were the old days better than these?”
For it is not from wisdom that you ask about this. (vs. 10, TLV)

Here’s where it gets convicting. In the very next verse after today’s verse, the king asks “Whatever happened to the good old days?” And there it is.

How many of the tic marks in our daily list of provocations are based on our anger and frustration over the changes in the past few years. The last few decades? Not all the changes are bad or evil, but some show a clear pattern.

Solomon is saying that these questions get us nowhere. They aren’t rooted in wisdom.

Consider the work of God,
for who can straighten what He has bent? (vs. 13, TLV)

If we believe our Father is omniscient — which we do — then it is foolish to try to straighten what He has “bent.” All fits into His plan because He’s already seen the plan fulfilled. So us trying to “fix” things we can’t fix is only going to leave us frustrated. And if we’re frustrated, anger will eventually settle into our hearts. Yikes.

Brothers and sisters, I do not consider myself as having taken hold of this. But this one thing I do: forgetting what is behind and straining toward what is ahead, I press on toward the goal for the reward of the upward calling of God in Messiah Yeshua. Philippians 3:13-14, TLV

Let’s take our cue from Paul in his letter to the Philippian believers: Forget what is behind and with all our might move forward.

Do what we’re called to do. Don’t give up. But, don’t be provoked to anger by what no longer is. Ask Him how we fit into His plan now!

*Scholarly disagreements as to the author of Ecclesiastes, still favor King Solomon over the other favorite, King Hezekiah.