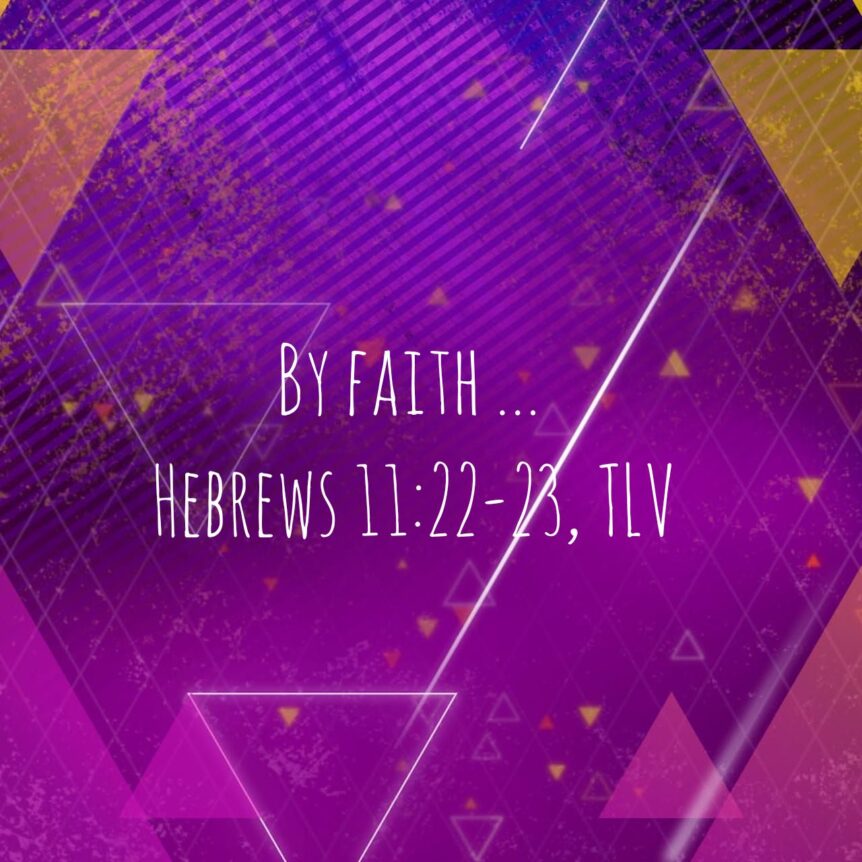 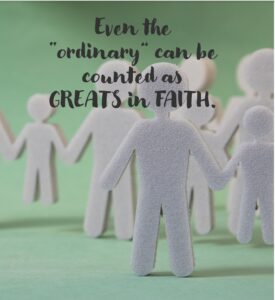 By Faith.  Hebrews chapter eleven is such an enlightening journey through humanity’s history of faith. Powerful moments. Inspiring moments. In today’s verses, the writer of Hebrews highlights Moses and his parents. Moses’ faith as a prophet and leader are held in high regard by both Jewish and Christian peoples. And, no argument, Moses was born and lived in faith.

But, was Moses perfect? Sinless? Nope.

Then ADONAI [the LORD] said to him, “This is the land that I swore to Abraham, Isaac and Jacob saying, ‘I will give it to your seed.’ I let you see it with your eyes, but you will not cross over there.” Deuteronomy 34:4, TLV

Why, after being the instrument of ADONAI for over forty years did GOD not allow Moses to finally enter the Promised Land? Because he messed up. Got angry and frustrated with the complaining Children of Israel, and subsequently disobeyed GOD’s command.

… because you both broke faith with Me among Bnei-Yisrael [Children of Israel] at the waters of Meribath-kadesh in the wilderness of Zin, because you did not treat Me as holy in the midst of Bnei-Yisrael. For you will see the land from afar, but you will not enter there, into the land that I am giving to Bnei-Yisrael.” (Deuteronomy 32:51-52, TLV)

Did GOD now punish Moses? If you think about it I don’t think so. No, after working so hard to get these folks so far, just miles from the Land promised to Abraham, Moses’ “punishment” was to not join his people, but instead to walk away in the company of the Creator of the Universe, die and be buried by GOD Almighty. Then, spend eternity with Him.

Yes, there  were repercussions for Moses breaking faith with GOD, but ultimately, He didn’t get such a bad deal.

So, where am I going with this?

Even the great examples of faith — Abel, Enoch, Noah, Abraham, Sarah, Isaac, Jacob, Moses, Rahab, Gideon, Barak, Samson, Jephthah, David and Samuel and the prophets — all made mistakes, just like us. Our goal is to strive to not “break faith” and live in relationship with our heavenly Father. So, when we inevitably make mistakes, sin, and “break faith,” we just need to pick ourselves up, repent, receive forgiveness and restoration and move on.

Who knows, one day our names may be listed with the “greats.” Hey, I can be optimistic.