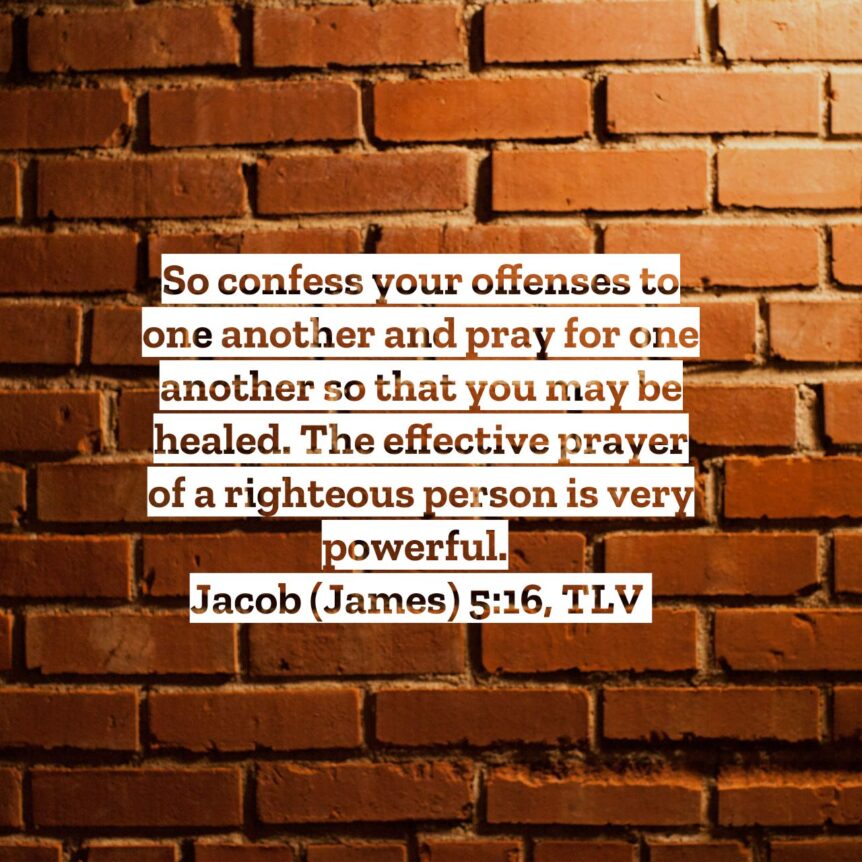 So confess your offenses to one another and pray for one another so that you may be healed. The effective prayer of a righteous person is very powerful.  Jacob (James) 5:16, TLV 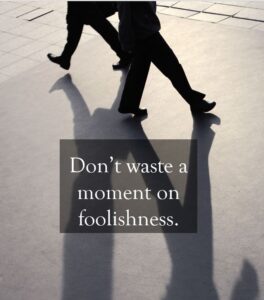 Our context from today’s verse is the final written words of Jacob, Yeshua’s half-brother. [BTW, his name wasn’t James. Long story.] Jacob is pretty rough on the wealthy, and as we read chapter five, there’s a sense of urgency — that his Messiah, their Messiah would be returning soon. He warns that the fraud and drive for wealth would be punished and have no value.

Do not grumble against one another, brothers and sisters, so that you may not be judged. Behold, the judge is standing at the doors. (vs. 9, TLV)

Can you feel his frustration? Was it because he felt people were becoming too lax in their faith walk?

Scholars differ on whether this book was a tribute to Jacob after being martyred or penned by him. Most believe it was written shortly before he was murdered. If this is the case, then was his sense of urgency the Holy Spirit preparing him for his imminent death? Great question to ask him when we join him in heaven.

What strikes me about today’s verse, and its context, is Jacob’s ability to drop to the lowest common denominator. Quit sinning. Stop getting so offended. There’s power in prayer. Live as though the judgment is right around the corner.

You also be patient. Strengthen your hearts because the coming of the Lord is near. (vs. 8, TLV)

Right now there are people who are sentenced to death — whether by illness or the judicial system. They may even have a general idea of when their life will end. But, the One who truly knows when “we go home” is our Heavenly Father.

It could “unexpectedly” be today or tomorrow. Or we remain to see Yeshua stand on the Mount of Olives again. Whenever it is, we should have the sense of urgency to treasure each moment and not waste one second on foolishness. I think Jacob would agree.