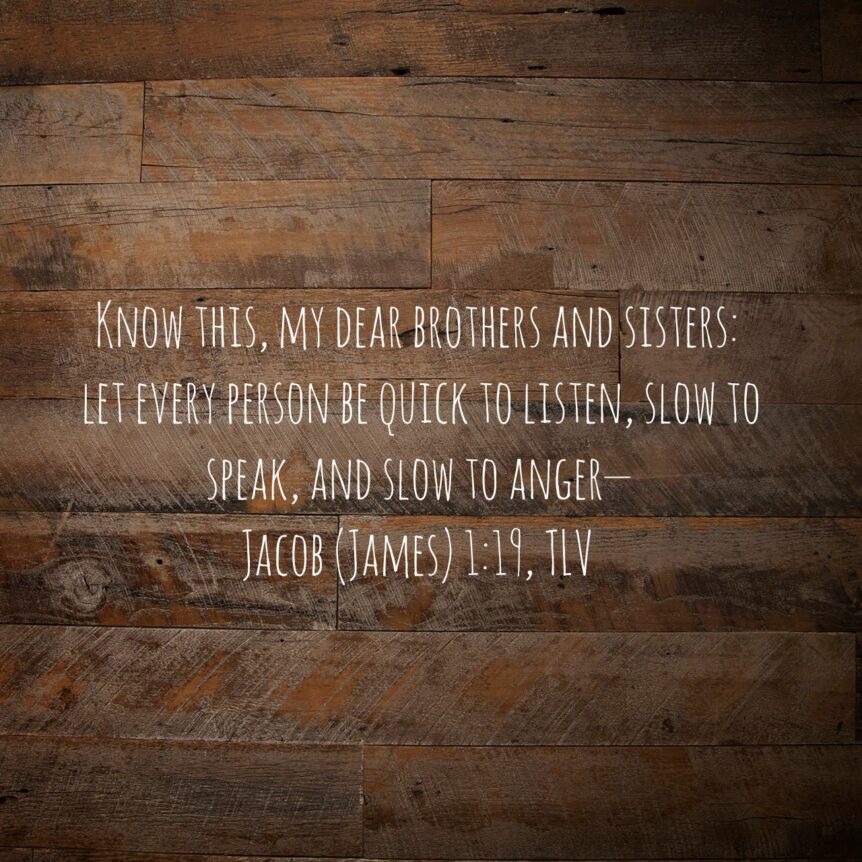 Know this, my dear brothers and sisters: let every person be quick to listen, slow to speak, and slow to anger—  James [Jacob] 1:19, TLV 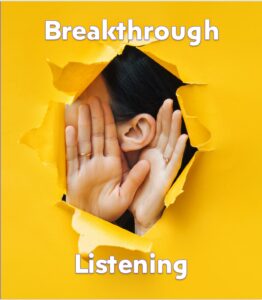 Listening. Apparently, not much has changed since two souls were kicked out of the Garden. We’re still slow to listen, but quick to speak and get angry. Sigh. With more venues to “listen” and “speak” than ever before, there’s been a dark cloud of anger hanging over the world lately. How have we contributed to that cloud?

We’re not responsible for others’ anger, right? Maybe, maybe not.

The key is to listen and absorb what the other person is saying — or attempting to say. Pray to hear what common ground to build on, without compromising our faith and integrity. Pray for wisdom. Then speak. Hence the slow to speak part.

When words abound, transgression is unavoidable.
but whoever restrains his lips is wise. Proverbs 10:19, TLV

When we speak, try to avoid building a clock, rather than just telling the time — something my hubby says to me be a lot. In other words, address the simplest theme of agreement, then disagreement. Don’t overcomplicate with so many words the real issues get lost. Then repeat the process: listen to their response, slow to speak, stay calm.

… for human anger doesn’t produce the righteousness of God. (vs. 20, TLV)

If still there is an impasse and the other party only gets angrier, depart in shalom, in peace as best we can. Someone who doesn’t offer the same respect, most likely won’t listen. We’re not compromising our faith to walk away. And it’s not our job to defend GOD. Because the last time I checked, He can take care of Himself.