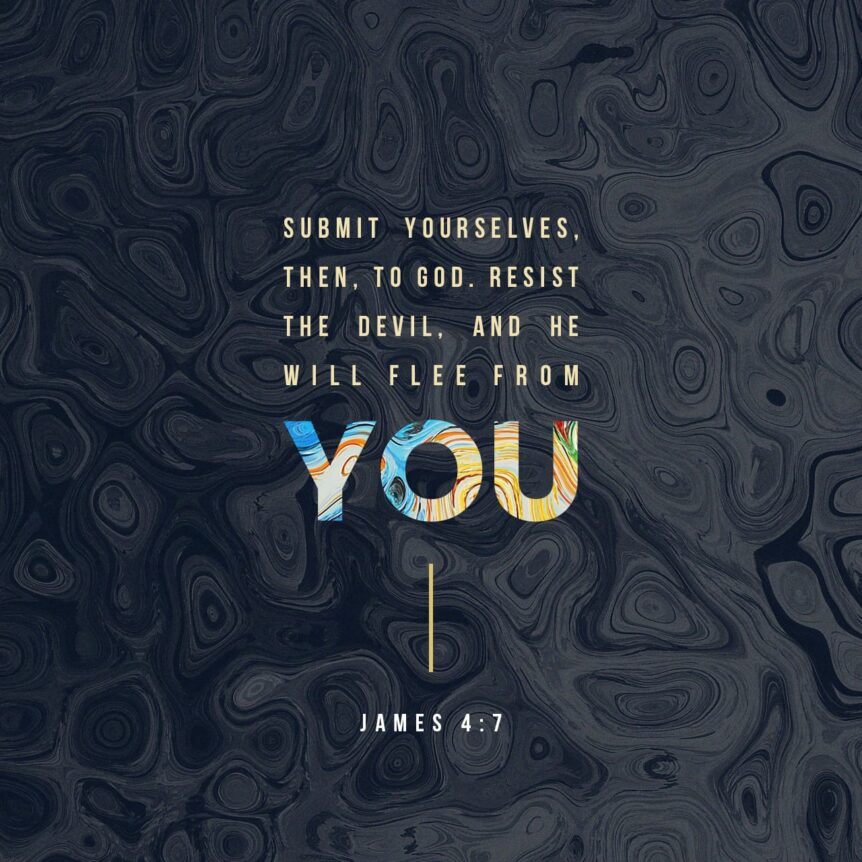 Therefore submit to God. But resist the devil and he will flee from you. Jacob (James) 4:7, TLV

Look Beyond the Obvious.  I am going a bit off topic here because, well, I think this is fascinating. Jesus’s half-brother, Jacob played an important role in leadership of the followers of The Way after Jesus’s ascension. His one and only letter, what we know as the book of James, is a stern book. It is believed that Jacob didn’t come to faith during his brother’s ministry on earth. One wonders if that played a role in the tone of his letter. Still of all the people of the world — other than their mother — Jacob really knew Yeshua as a person.

Imagine the moment the pieces of his brother’s seemingly odd behavior came together for Jacob. When those pieces finally formed the picture of God’s redemption for all humanity. All humanity? Even the Gentiles? Yes?

Surely Jacob had heard about his brother’s disturbing activity in Samaria with a woman of questionable character. Preaching a message of inclusion that had not been allowed by God. In fact it had been forbidden. But was it?

‘A light for revelation to the nations’
and the glory of Your people Israel.”  (Luke 2:32, TLV)

So, where am I going with this? Both Peter and Jacob were leaders of the believers in Israel. Paul was traveling surrounding nations and teaching to the paganist Gentiles, much to the unease of many of the more conventional, conservative Jewish believers.

It was Peter, Jacob, and John’s responsibility to not only disciple these new Jewish believers, but help them overcome their isolationism. It was time to leave the walls that protected and separated them from the world and embrace these new clumsy, ignorant new believers of that world. Their brothers and sisters.

So, it makes sense that Jacob is a bit more stern in his book. He, of all people, understood the importance of looking beyond the obvious. To resist the temptation to judge and look down on others.

As we continue to come out from our isolation, let’s remember who God has called us to be, His lights to the nations. To look beyond what we see, to what God has planned.