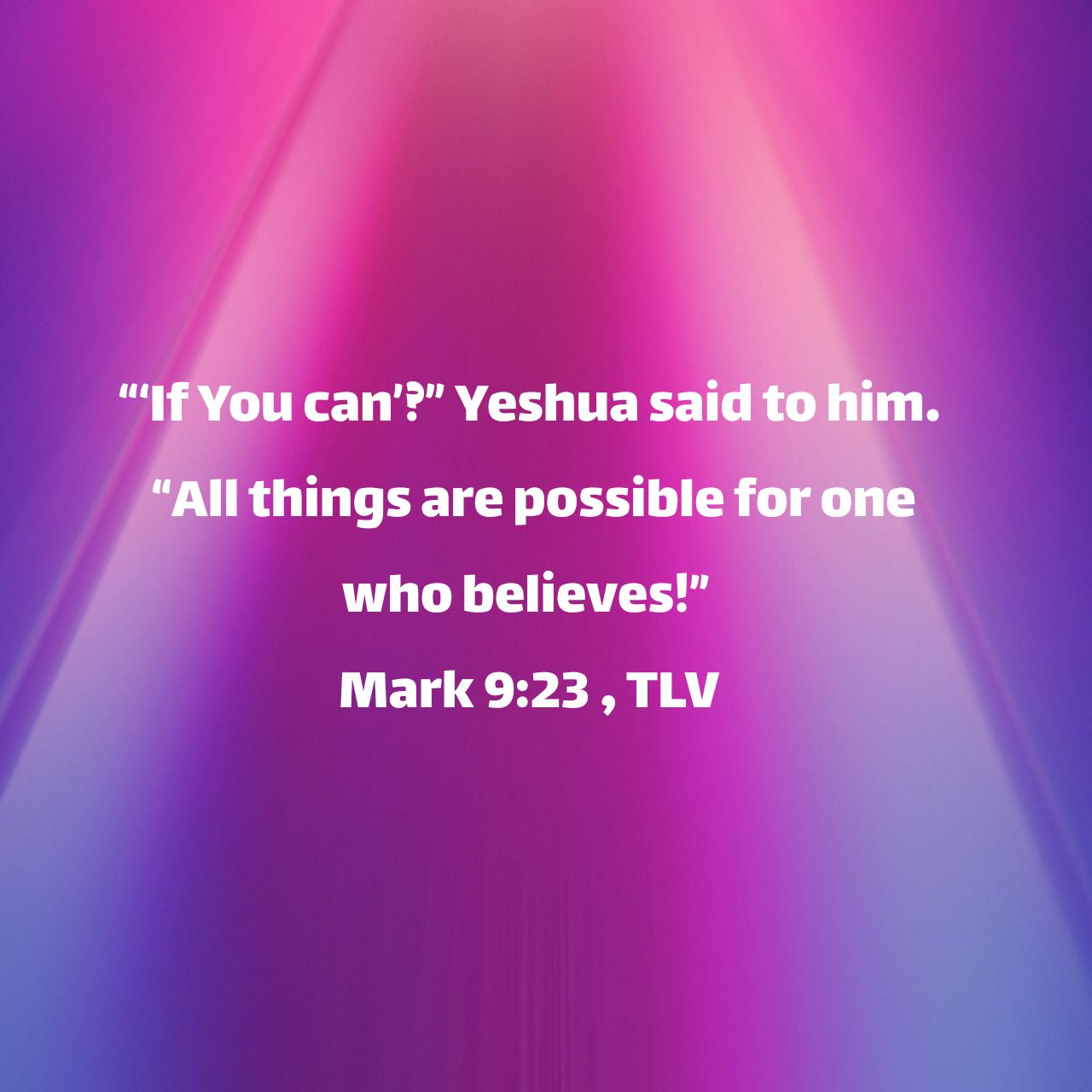 I’m not quite sure what to say? Clearly, context plays a role in this miracle. Jesus enters a very tense situation. Some of His disciples had attempted a deliverance of a boy who was most likely an epileptic, but something else was involved. The disciples had failed. Not only had they failed, but they failed in front of a crowd that included Torah scholars (a.k.a. Pharisees).

So when Jesus arrives on the scene, everyone rushes Him with questions and comments and all sorts of discouraging remarks. When Yeshua asks why the disciples are arguing with the Pharisees, the boy’s father steps forward and says:

“Teacher, I brought You my son, who has a spirit that makes him mute. Whenever it seizes him, it throws him down; he foams at the mouth, grinds his teeth, and becomes stiff. I told Your disciples to drive it out, but they couldn’t!” Mark 9:17b-18, TLV

How frustrating would that be for the boy and the father. Two hurting people being used as a means to ridicule and cause doubt about Yeshua. Think about that, everyone is arguing about semantics and doctrine, meanwhile a boy suffers and a father feels helpless.

Jesus sees this and scolds the crowd. He asks the father to bring the boy to Him, and the boy promptly has a seizure. Does Yeshua immediately cast out the demonic invaders? No. He asks the father: “How long has this been happening to him?” (vs. 21)

I can imagine Yeshua placing His hand on the man’s shoulder in comfort, asking this question as a demonstration of His concern. The father’s heartbreaking answer:

“Since he was a child,” the man answered. “It has often thrown him into fire or water to destroy him. But if You can do anything, have compassion and help us!” (vss. 21b-22) [Emphasis Mine]

Then, Yeshua responds to the father with today’s verse. It’s almost like, “What do you mean if I can? Of course I can.” Yeshua is not so much baiting the father as He is guiding him.

The father now responds with one of my favorite verses: “I believe! Help my unbelief!” (vs. 24).

Sometimes, the LORD guides us through our circumstances to teach us. He could simply resolve our situation, illness, tribulation instantly, but He wants us to see something inside us that we need to understand is keeping us from where He wants us to be. He partners with us — lays that compassionate hand on our shoulder — and asks, how long have we struggled with this?

How long have we struggled with anger, unforgiveness, a judgmental attitude? Have we believed that we can overcome, but not completely? Or maybe, not enough to completely surrender in desperation our desire to overcome?

I believe! Help my unbelief!

Perhaps it is time for us to be desperate enough, like that father, so say “I believe you can deliver me from my anger. Help me with my unbelief that I can truly overcome.”

I think I’m ready. How about you?