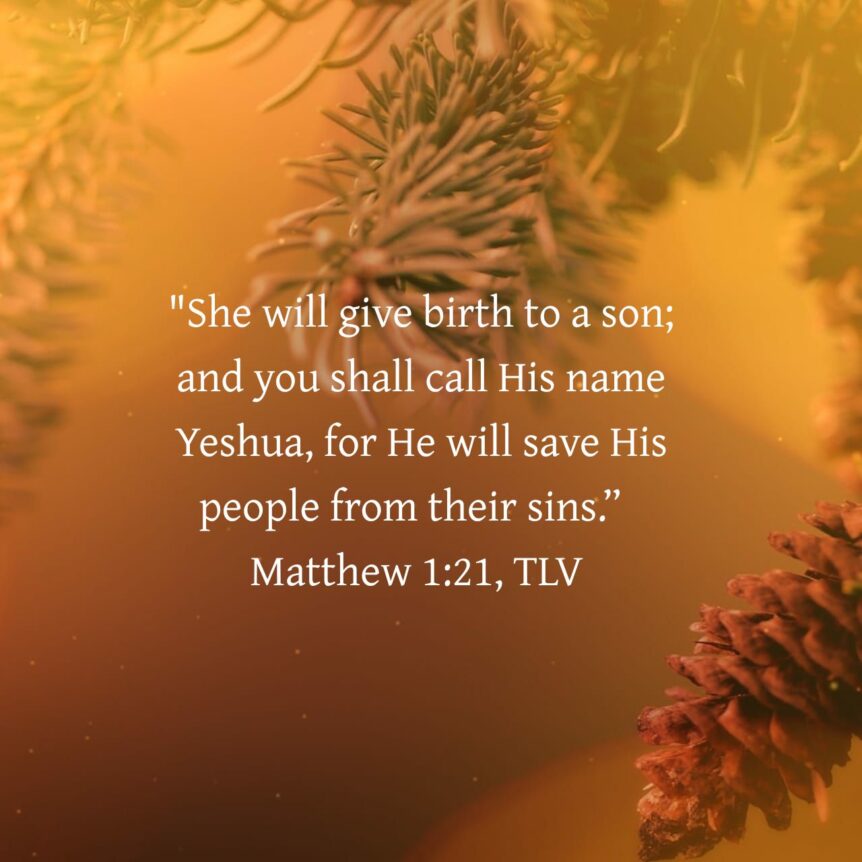 “She will give birth to a son; and you shall call His name Yeshua, for He will save His people from their sins.” Matthew 1:21, TLV 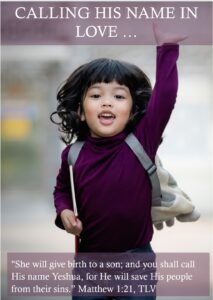 Yeshua is Salvation. The word in Hebrew for salvation is yeshu`ah (ישוּעה), which is feminine. Yeshua (ישוּע) is the masculine form. When writing this word, I, as many others do, simply write it as Yeshua. It was not until around 1500 AD that the letter J took on the “dg” sound we are familiar with today. So, the modern name “Jesus” comes from the Latin Iesus, which comes from the Greek Iesous, which comes from the Aramaic Yeshu’a and the Hebrew Yehoshu’a — which is Joshua. So technically, the English version of His Hebrew name would have been Joshua. Confused yet?

Over the years, my blogs have used both the name Yeshua and Jesus. My preference is Yeshua since that is the name His mother would have called Him home for dinner. It is the name that is the core of His purpose on this earth: salvation. But, I understand that most folks don’t know their Savior by that name.

When Joseph woke up from his sleep, he did as the angel of ADONAI [the LORD] commanded him and took Miriam as his wife. But he did not know her intimately until she had given birth to a Son. And he called His name Yeshua. (vss. 24-25, TLV)

My nephews, Jordan and Joshua, as little ones called their grandmother, “Mucka.” I don’t recall the etymological origins for Jordan’s first utterance of the name, but there was no doubt to the family who he was speaking of. When Joshua was born, he followed suit and called my mother “Mucka.”

And how did my mother feel about her title? She loved it. Every time they called for her, she came. The name was said in love and respect and need. She melted when they said, “I love you, Mucka.” Because of her love for them she didn’t care if folks thought it strange.

Today, Jordan and Josh are in their 30’s and they call her “grandma.” Yet, there are moments when “Mucka” slips out. 🙂

To quote Shakespeare, “What’s in a name? That which we call a rose by any other word would smell as sweet.” Because how ever we speak His name in love and gratitude, He will answer.

Still, knowing Yeshua’s real Father instructed Yeshua’s earthly father, Joseph, to call His Son Yeshua, does mean something. At some point, even though Yeshua will respond to whatever name is spoken in love and gratitude and need, speaking His given name is important, don’t you think? But, if the Mucka-name is more meaningful and comfortable, then I think Yeshua is fine with that.

And His name is …