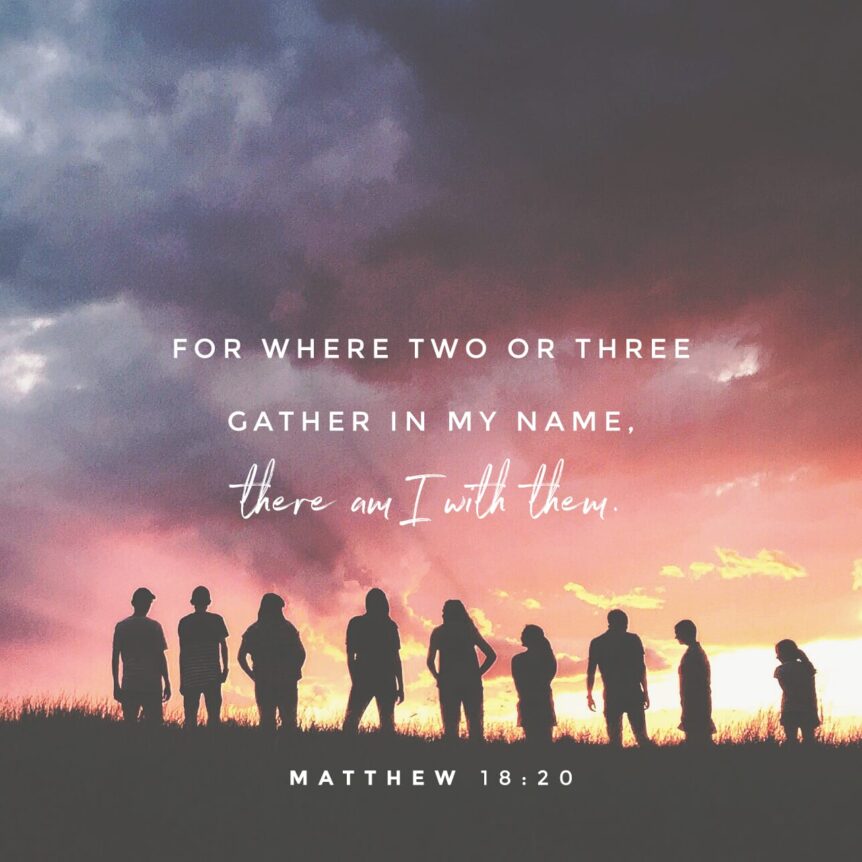 “For where two or three are gathered together in My name, there I am in their midst.” Matthew 18:20, TLV

Please don’t hate me.* For centuries this verse was taken out of the context. For most of my life as a believer, my fellow worshippers and prayer warriors 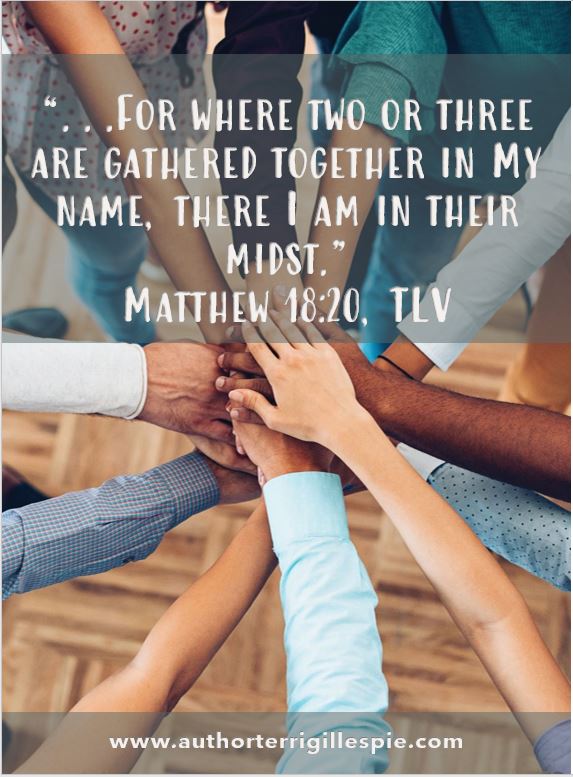 , used verses 19-20 as a promise from Jesus for when we pray or for spiritual warfare. Centuries before, the pericope (section of scripture) of verses 18-20 was misused as a means of asserting unscriptural authority over believers. So, what does this verse mean?

In the whole of chapter 18, Jesus begins to transfer authority from the Pharisees to His followers. He was training them how to build a community of His followers. That’s why this verse is nestle between how to handle an unrepentant soul, and how to forgive. Granted, the disciples were a long way from being ready, but this is part of Yeshua’s training and instruction.

The terminology of binding and loosing was common terminology for prohibiting and permitting for the Jewish people. From the time of Moses, and to some degree earlier, God established a hierarchy. For example, the tribe of Levi: He, of course, was the authority, then He appointed the tribe of Levi to serve as His “team.” Within that team, He separated one family (Aaron’s family) who would have ultimate human authority through the sacrificial system. The same within each tribe. Judges were appointed much later.

Okay. So, why did I burst some bubbles today? Because at this time — with all that is going on — we need a sense of community and unity. We need those called to authority by God to prayerfully establish binding and loosing. Not with one person in authority, but with two or three — or more depending upon the circumstances — who seek Yeshua and who have an understanding of the whole of Scripture. That’s a tall order, but one to strive for.

Which also means, we within the community should be praying diligently for our leaders. For protection, wisdom, discernment, knowledge and an understanding that is both Godly and practical. Especially at this time.

Needless to say, but I’ll say it anyway, while this is based on a Gospel, what I say is not. But, within the culture and context and the writings of Jewish scholars (those who believe in Jesus), it holds some water.

I hope you still love me.