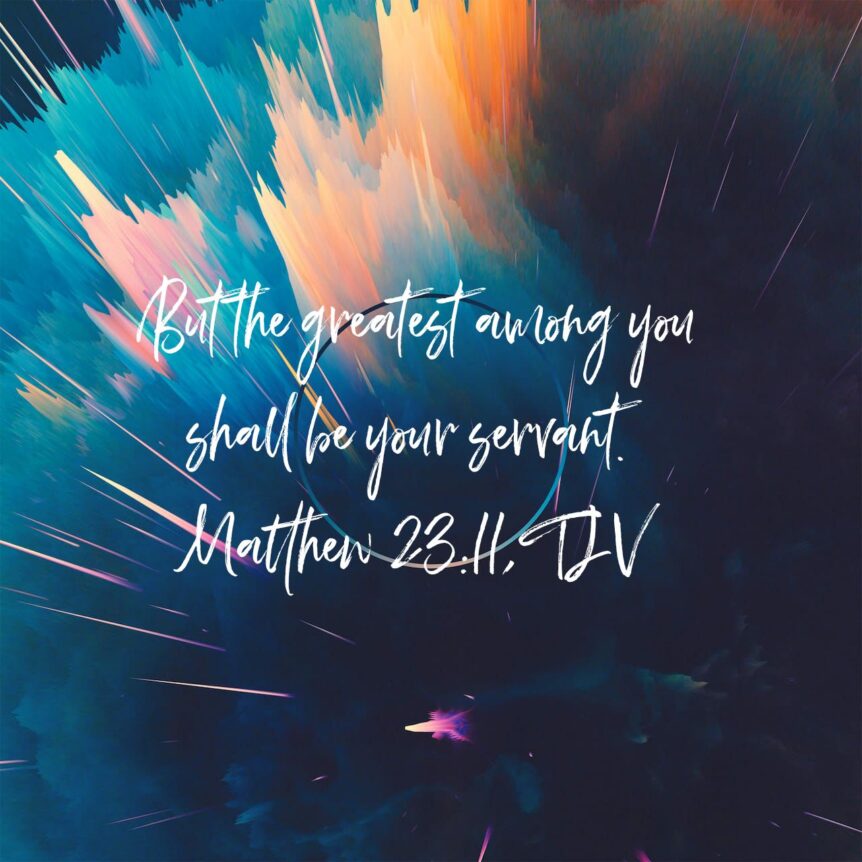 But the greatest among you shall be your servant. Matthew 23:11, TLV 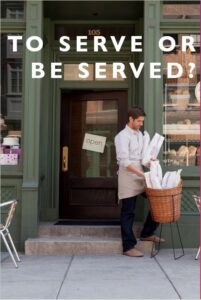 Shall be your servant. Context. This verse is part of a revealing and harsh moment where Jesus exposes the hypocrisy and corruption of the spiritual leadership of the Jewish people.

Other than the obvious need to expose sin for conviction followed by repentance, was there a broader scope of purpose? Yes.

For thousands of years, the Jewish people were commanded by God to stay away from the pagans — the Gentiles, the nations, the non-Jews.

But, this was never intended to be permanent. One day, a rag-tag team of Jewish men and women would go to those very pagans and offer them them the greatest gift of all. Redemption through the sacrifice of the Jewish Messiah Jesus, adoption by the Creator of the Universe, and His very presence in us through His Holy Spirit.

This is why Yeshua was so hard on the leadership. The set time had come to expand God’s purposes to the world. However, other than a few notables, the people who should have been chosen for this task were so proud and profoundly misusing the Torah. They were ill-equipped to handle it.

No, it would take the humble, not the proud. It would take those excited to see others’ redemption, rather than fear losing power. Love first then discipleship, not the other way around.

Could Jesus be reprimanding us, too?

Could Yeshua be reprimanding us, too? To step outside our status quo and return to His plan and purposes? That leadership was called for service to others, not the other way around? What does that look like?

It will be something different for each of us. Responsibilities are different for leaders of families, congregations, children’s, men’s, women’s ministries, or corporations. However, there are certain givens, certain attributes of a Godly leader:

Our most vivid example of a servant’s heart is our Messiah:

But Yeshua called them over and said, “You know that the rulers of the nations lord it over them, and their great ones play the tyrant over them. It shall not be this way among you. But whoever wants to be great among you shall be your servant, and whoever wants to be first among you shall be your slave—just as the Son of Man did not come to be served, but to serve, and to give His life as a ransom for many.” (Matthew 20:25-28, TLV)

Whether we’re in public leadership or we’re called to minister to those around us, having an attitude of service and devotion is our goal.

And, it should be noted, praying for our leadership — political, familial, or spiritual — is not only important, it is Scriptural (1 Timothy 2:1-3). Let’s outdo one another with that attitude of service and devotion and love.