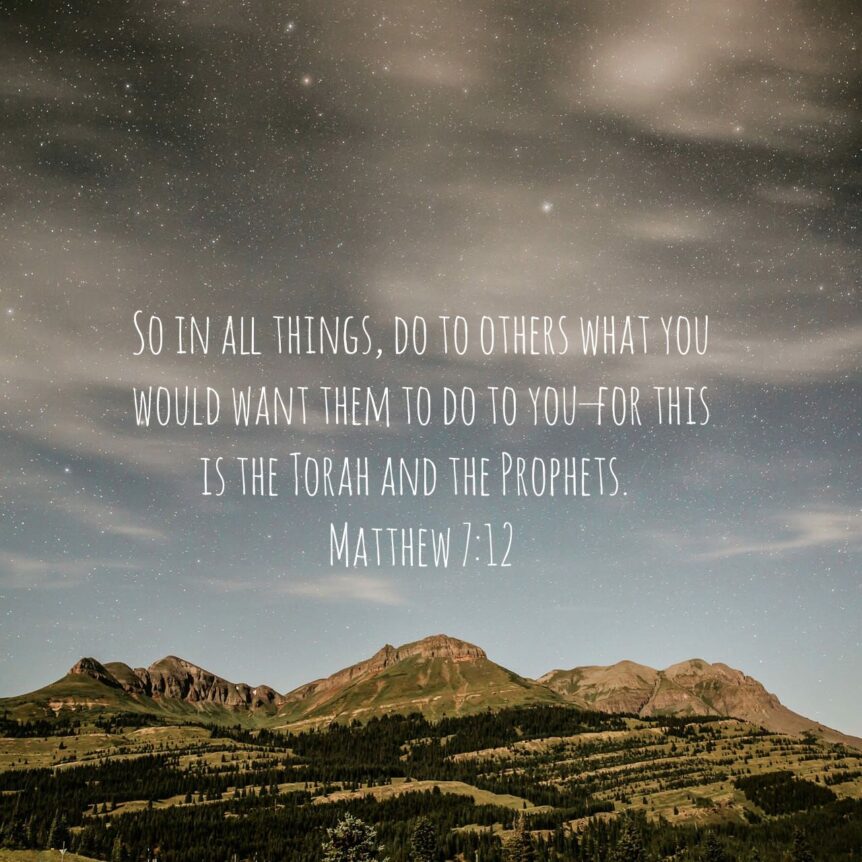 “So in all things, do to others what you would want them to do to you—for this is the Torah and the Prophets.” Matthew 7:12, TLV 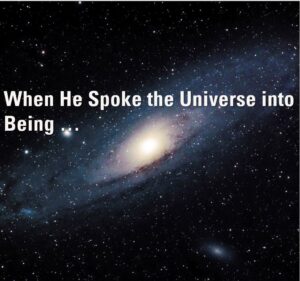 And so the “mountain teaching” (Matthew 5:1) continues. Today’s verse has been labeled as, “The Golden Rule.” Generally, one doesn’t hear the whole verse. “… for this is the Law and the Prophets.” Why is this important? Because it is further evidence that when we strip away context and culture, we miss the richness of its true meaning.

When the LORD spoke the universe into being, Yeshua was there. Not as we know Him in the Gospels, but in His true form. At the set time the Messiah came as Jesus, He carried His Father’s word and legacy.

And the Word became flesh and tabernacled [fixed His flesh temporarily] among us. We looked upon His glory, the glory of the one and only from the Father, full of grace and truth. John 1:14, TLV

The Torah (the first five books of the Bible), Writings, and Prophets became flesh, so it is only natural He would help His followers understand the deepest essence of His Father’s Word.

Now when Yeshua had finished these words, the crowds were astounded at His teaching, for He was teaching them as one having authority and not as their Torah scholars. (vss. 28-29, TLV)

Imagine the Torah coming to life. Being molded into flesh. Of course He would know how to speak this wisdom. Speaking it with power and authority. He would validate it as practical truth and validate that the Jewish people were called apart to carry that truth for thousands of years. Which is why He said that salvation if from the Jews (John 4:22).

Editing out that one little phrase: “… for this is the Torah and the Prophets,” turns the “do unto others …” into a fortune-cookie message. Leaving in the full context and culture, turns this verse into our Father’s legacy of truth. His truth, spoken through His Son, our Savior.

It takes a bit more effort to remember and the courage to speak it, but we will carry His words with authority and power. And truth.