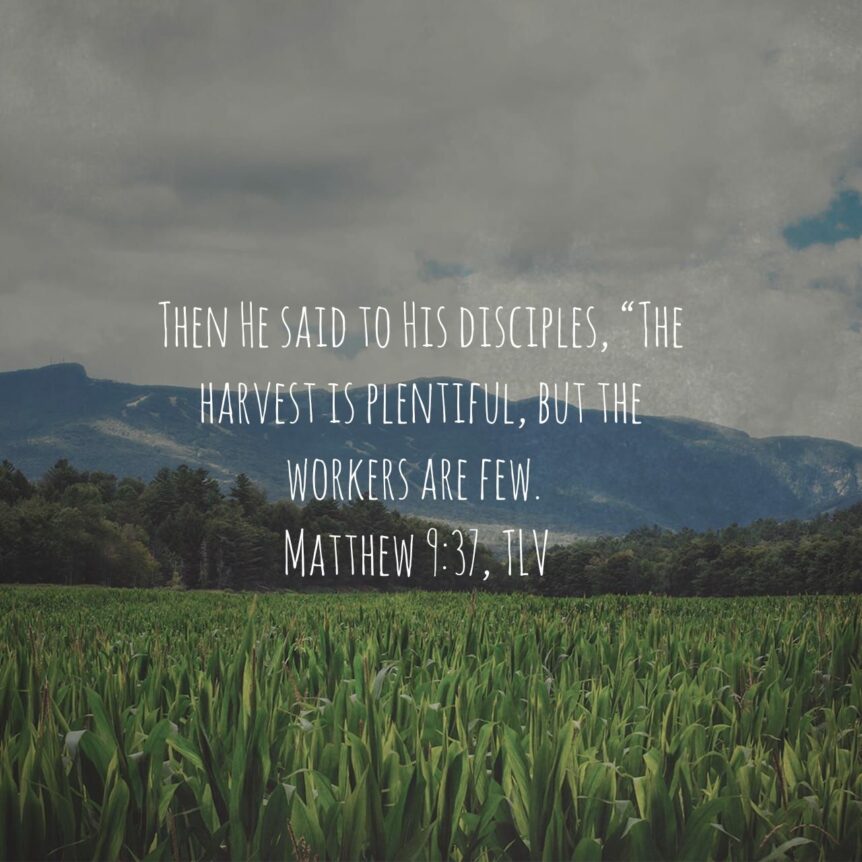 Then He said to His disciples, “The harvest is plentiful, but the workers are few. Therefore pray to the Lord of the harvest that He may send out workers into His harvest field.” Matthew 9:37-38, TLV 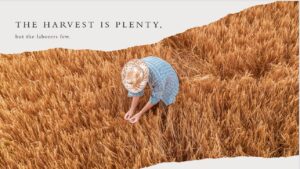 Matthew’s record of Yeshua’s activity in chapter 9 is a whirlwind of healing, deliverance, correction, exhortation, and teaching. Imagine following Him from miracle to miracle, watching Him give “what for” to the snooty Pharisees, and perhaps, patting one another on the backs that they were the chosen ones. They had front-row seats when Jesus would rid them of their Roman oppressors. Yeah!

Then Jesus turns to them, not with fire in His eyes, but compassion and says, “The harvest is plentiful, but the workers are few. Therefore pray to the Lord of the harvest that He may send out workers into His harvest field.”

When He saw the crowds, He felt compassion for them, because they were harassed and helpless, like sheep without a shepherd. (vs. 36, TLV)

If we’ve learned anything about this Messiah — the Son of the Creator of the Universe — we’ve learned that He wasn’t political. Were the Romans oppressing them? Oh my, yes. Did the Jewish people need to be set free? Yes, but not in the way they expected. Because Yeshua was there to gather the lost, have compassion on them, and would soon suffer horribly as atonement for their sins.

Today, there are oppressors all around us — physical and spiritual. Which deliverance are we seeking first?