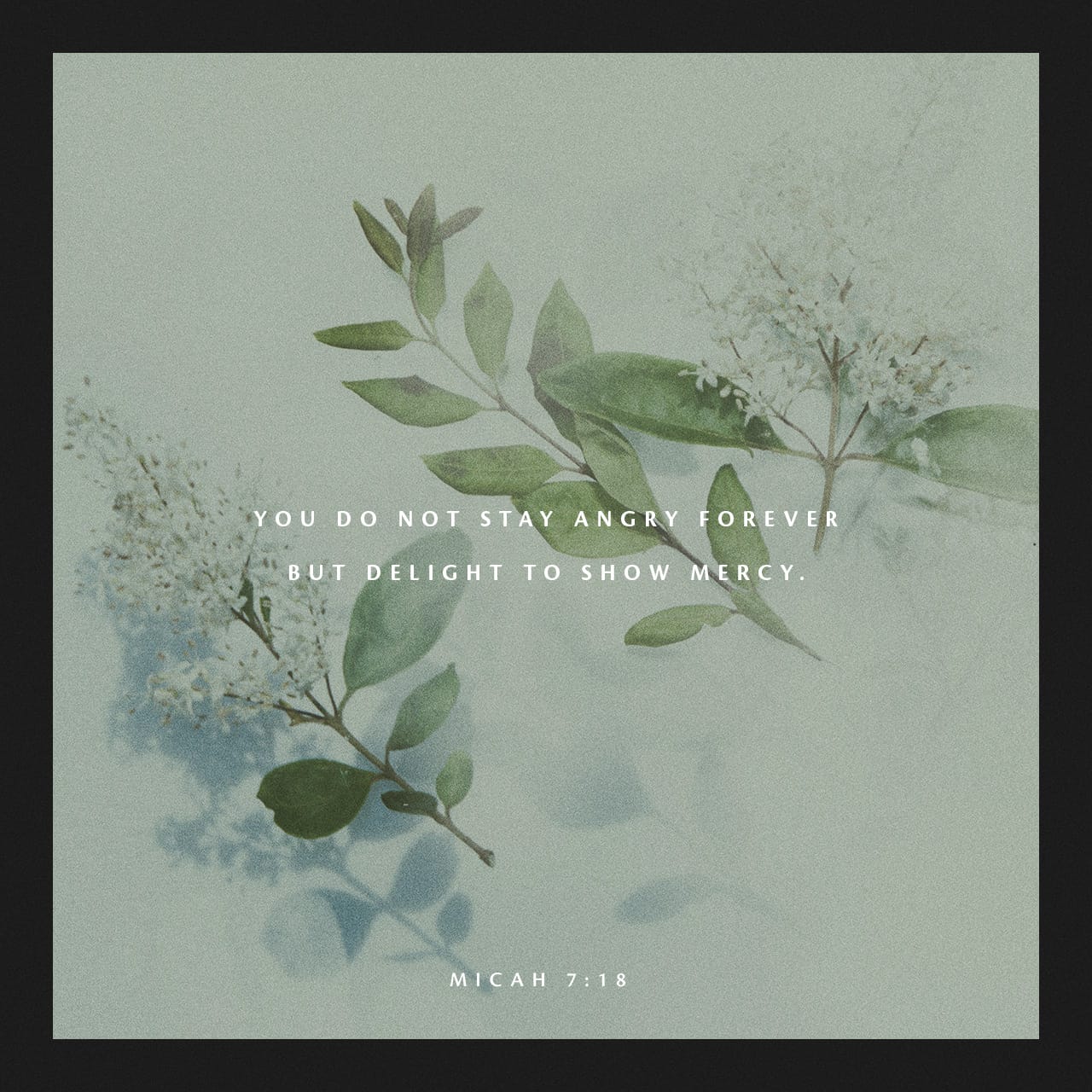 Who is a God like You
pardoning iniquity, overlooking transgression,
for the remnant of His heritage?
He will not retain His anger forever,
because He delights in mercy. Micah 7:18, TLV

Our Heavenly Father angry? We don’t like hearing that, do we? Good thing Micah completes this verse with, “… because He delights in mercy.” Does God get angry? Yes, of course.

In this verse, Micah speaks of the “remnant of His heritage,” who are the remnant? The remnant were those who still believed and followed the God of Abraham, Isaac, and Jacob. God promised there would always be a believing remnant of Israel.

God has not rejected His people whom He knew beforehand. Or do you not know what the Scripture says about Elijah, how he pleads with God against Israel? “Adonai, they have killed your prophets, they have destroyed your altars; I alone am left, and they are seeking my life.”

But what is the divine response to him? “I have kept for Myself seven thousand men who have not bowed the knee to Baal.” So in the same way also at this present time there has come to be a remnant according to God’s gracious choice.” Romans 11:2-5, TLV [Emphasis Mine]

Throughout history there have been great “fathers of faith” from the Jewish people.

These are but a tiny handful of the believing remnant of Israel who fought to retain their Jewish identity, yet were solid believers in their Messiah Jesus who atoned for their sins — as He did for us.

We are the remnant–Jew and Gentile, One in Messiah

We can also say we are part of that remnant of the believers of this age. Those who are “Christians” in name, but not in identity are many. Cultural Christianity is all around us, but the believing remnant — flawed though we may be — are still here. Longing for more of our Heavenly Father. Seeking to follow Yeshua’s ways. Longing for His return. Working to spread His Good News.

We’re still here. Part of the believing remnant around the world. Thankful that our Father delights in mercy and grace.

*Take in full and part from https://www.chosenpeople.com/site/who-are-some-well-known-jewish-believers-in-jesus/