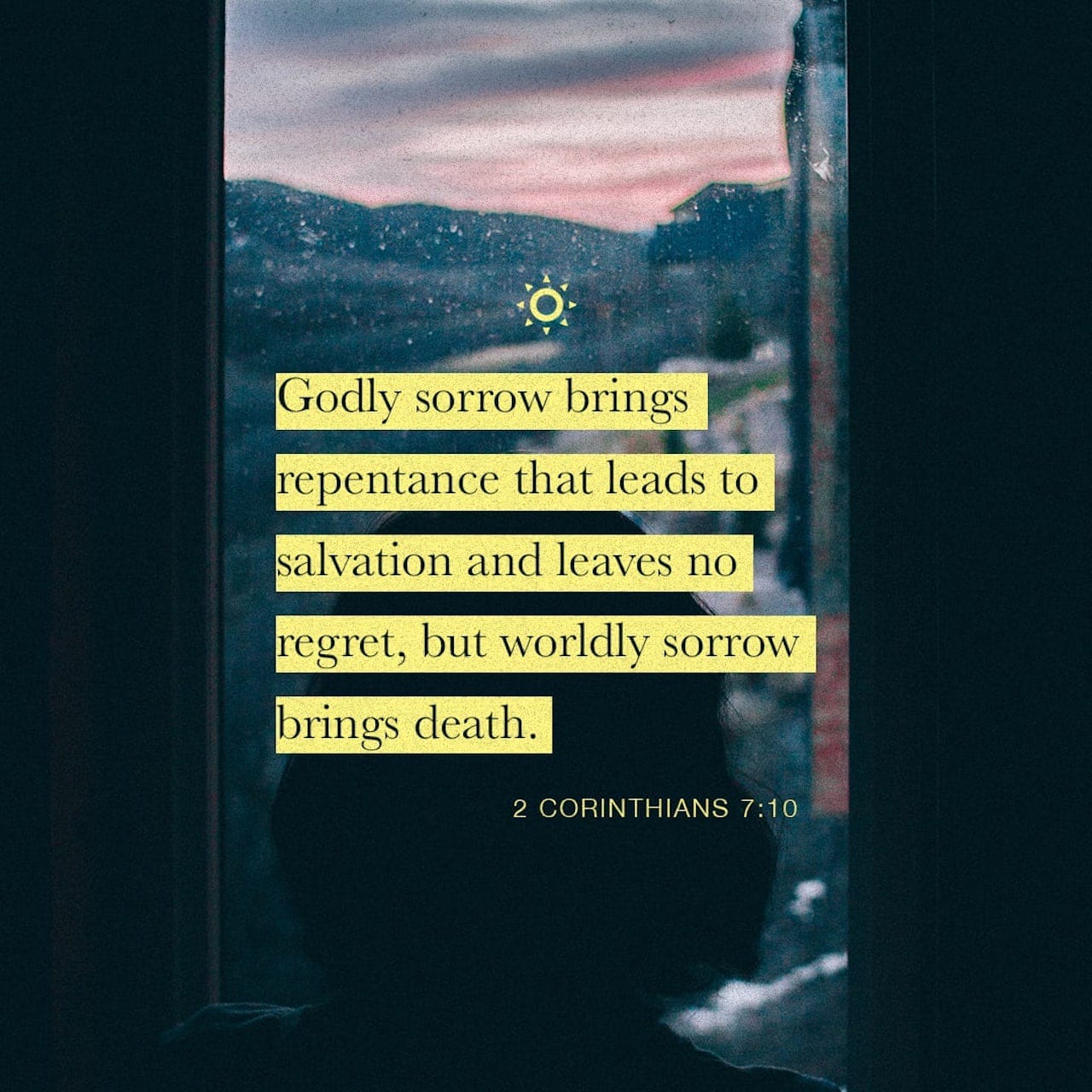 “For the grief that God wills brings a repentance that leads to salvation, leaving no regret. But the world’s grief brings death.” 2 Corinthians 7:10, TLV 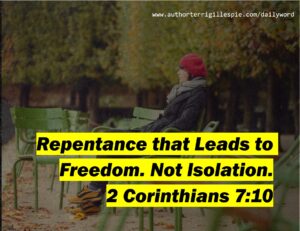 Repentance that Leads to Freedom.  Paul’s first letter to the believers in Corinth produced a strong reaction. In this case, it was conviction of their sins — even deep sorrow and grief. But Paul didn’t want to leave them feeling isolated from the Father.

For even if I grieved you with my letter, I do not regret it—though I did regret it, for I see that my letter grieved you, but just for a while.  (vs. 8, TLV)

Conviction produces grief and sorrow. This happens when the Holy Spirit reveals what we did was a layer of suffering our Messiah had to endure because of us.

Is this a painful grief? Yes! But as much as it hurts and no matter our shame, our Heavenly Father wants us to take all of this to Him in repentance. Not to prove we messed up by sinning, but so we can be set free of sorrow and regrets.

There are certain sins that I have committed that sometimes “haunt” me. Does that happen to you? When that phantom of shame slithers in, my default reaction is to isolate because I feel the grief I caused. But once I have repented, even if it was years ago, and there are no other unresolved issues, I have to let it go. Sweep it out of my soul because it doesn’t belong there. I choose to trust in my Father’s forgiveness and am grateful.

I wonder. If we truly grieved over our sin, then experienced the joy of God’s forgiveness, would it be easier to understand why we need to forgive others? To not imprison them in grief and regrets because of our unforgiveness? Or say we forgive, but remind them repeatedly of their sin or offense?

Somehow, I think if I were more grateful then I wouldn’t hesitate to forgive others.