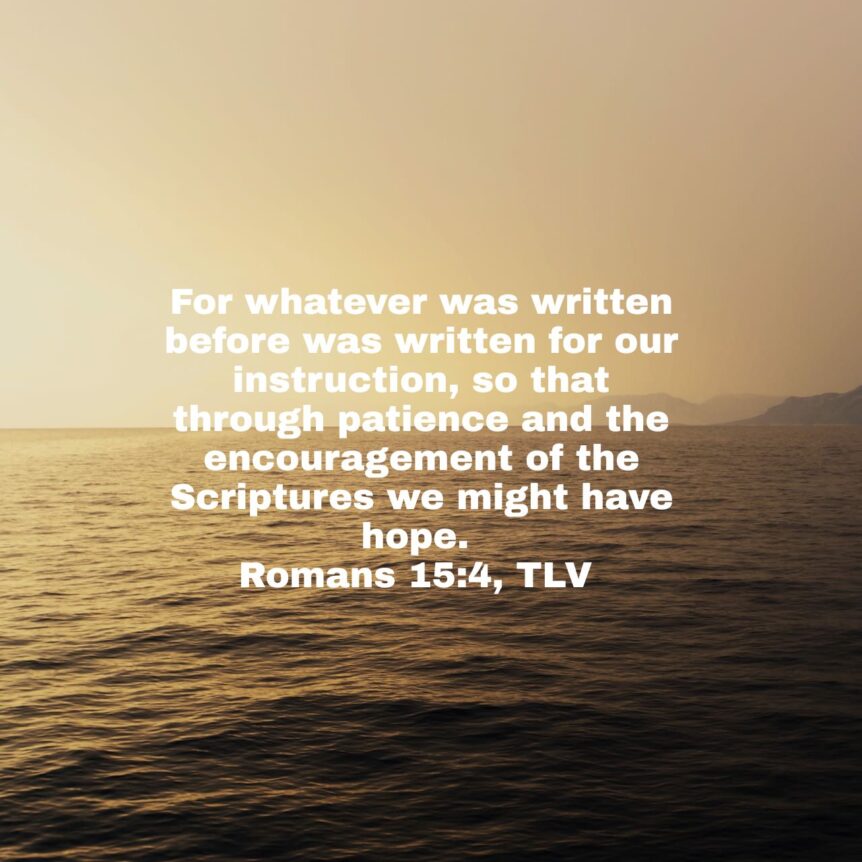 For whatever was written before was written for our instruction, so that through patience and the encouragement of the Scriptures we might have hope. Romans 15:4, TLV 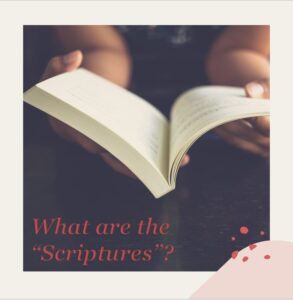 “… the encouragement of the Scriptures …” When we read the word Scriptures, what do we think of? The Gospels? At the time of Paul’s letter to the Romans, most likely only the Gospel of Mark was written. How available was this scroll to the believers in various countries, like Italy? Which means Scriptures didn’t include the Gospels?

The epistles? Again, at the time of Paul’s beautiful letter, most likely Galatians, the two letters to Thessalonica and Corinth, possibly Jacob (James) were all that were written. How widely they were disseminated, again, isn’t known for certain.

All Scripture is inspired by God and useful for teaching, for reproof, for restoration, and for training in righteousness, so that the person belonging to God may be capable, fully equipped for every good deed. 2 Timothy 3:16-17, TLV

So, which Scriptures was Paul speaking of? Right. The Torah, the HafTorah, the Prophets, and the Writings — a.k.a. The Old Testament.

That can be intimidating. It’s easier to simply read the Gospels and the Epistles and call it a day, but at that time, very little of those books were available. How in the world was the Good News proclaimed?

Through testimony and Scriptures.

This was a bit difficult for the non-Jewish listeners. Most had no association with the Scriptures.

For I declare that Messiah has become a servant to the circumcised [the Jewish people] for the sake of God’s truth, in order to confirm the promises given to the patriarchs and for the Gentiles to glorify God for His mercy. As it is written, “For this reason I will give You praise among the Gentiles, and I will sing to Your name.” (vss. 8-9, TLV)

The book of Romans exquisitely pulls from Scriptures the prophecies of the coming “set time” when the nations would become His redeemed children through the atonement of the Father’s Son, Jesus. For that set time had indeed arrived. That means, even to those unfamiliar with the Scriptures of old, they would be drawn in by the truth, love, and promise in those books. And the history.

That one word in today’s verse, Scriptures, possesses the whole of history and wonder and joy and wisdom and teaching. Just for the Romans? Of course not. For us, too.