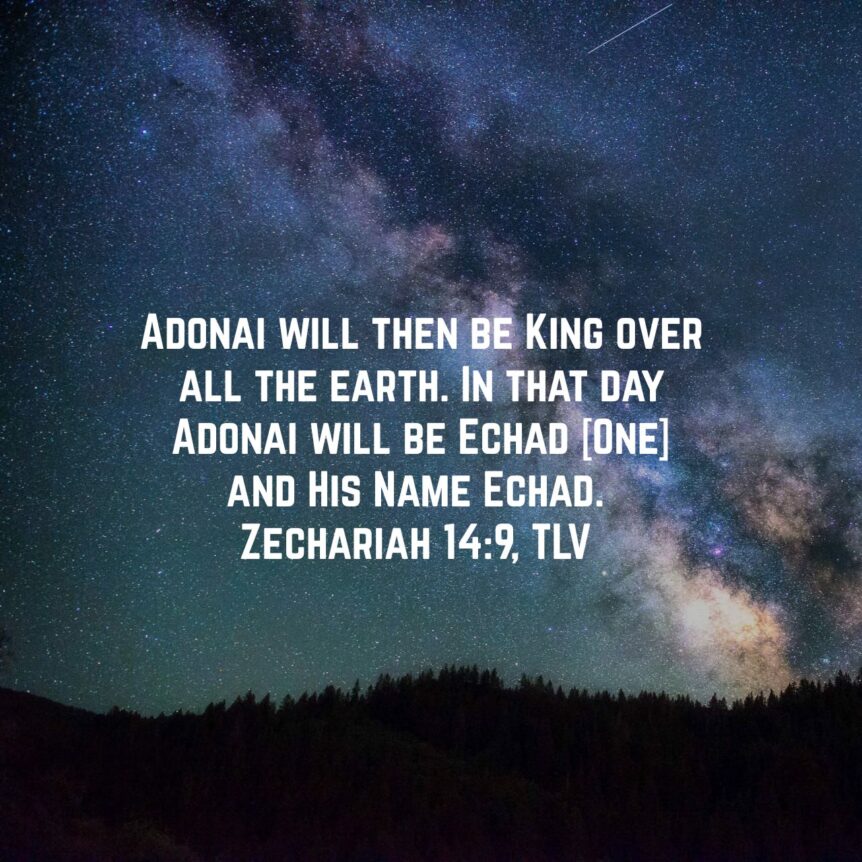 Adonai will then be King over all the earth. In that day Adonai will be Echad and His Name Echad. Zechariah 14:9, TLV 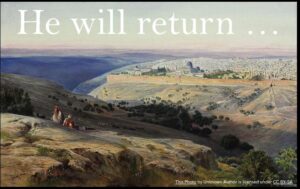 Those who love delving into the book of Revelation will love Zechariah. Reading today’s chapter will give us the flavor of the last book of the Bible. Zechariah is based on eight visions, four messages, and two “burdens.” Like Haggai, Zechariah’s book was written to the returnees from the Babylonian exile to encourage them to rebuild the Temple.

But, Zechariah has a decided different voice. He speaks more of the Messianic future. Even describing a “pierced” Messiah besting Israel’s enemies.

“Then I will pour out on the house of David and the inhabitants of Jerusalem a spirit of grace and supplication, when they will look toward Me whom they pierced. They will mourn for him as one mourns for an only son and grieve bitterly for him, as one grieves for a firstborn.” (12:10, TLV)

Today’s verse is a triumphant reminder that Sar Shalom, the Prince of Peace, would one day reign as King over the earth. The use of the Hebrew word Echad is significant. Echad means a composite one. Such as when a man and woman are married, they become Echad–one.

Don’t you love how the Messianic prophecies, such as this verse, are fulfilled in our Messiah Yeshua (Jesus)? He will return and reign! Halleluyah!