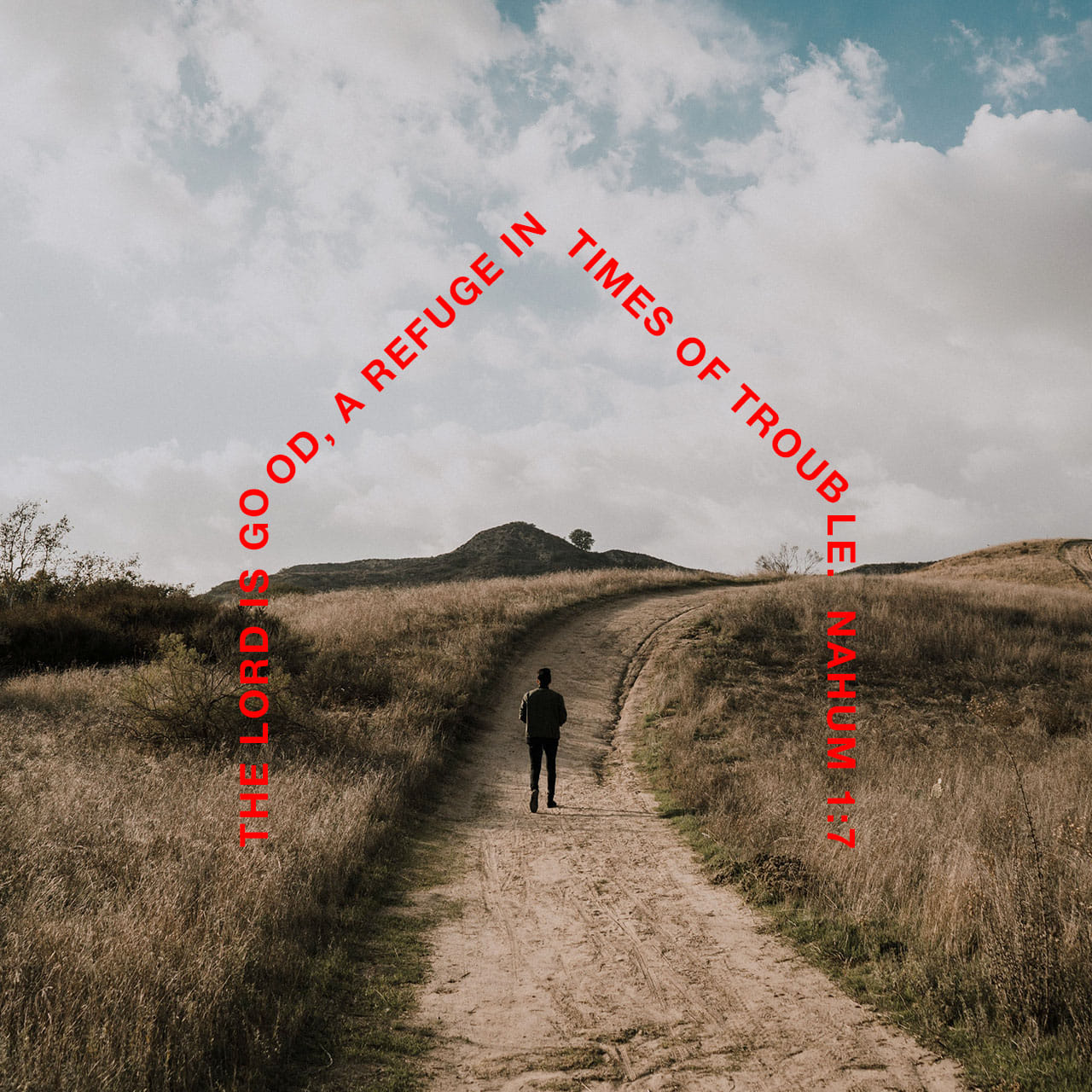 ADONAI [the LORD] is good as a refuge in the day of distress, and He knows those who take refuge in Him. Nahum 1:7, TLV

After Noah.  Context. We look at another “minor” prophet’s words today, Nahum. Nahum is the Hebrew word for comfort or consolation, but this prophet’s writings are anything but — at least for Nineveh. Remember that town? Jonah visited there and repentance and revival broke out. But, roughly 100 years later, Nahum prophesies that Nineveh would be destroyed. And, unlike Israel, would not be resurrected.

A jealous and avenging God is ADONAI.
Yes, ADONAI is the avenger and master of wrath.
ADONAI is avenger to His adversaries,
Yes, a keeper of wrath for His foes. (vs 2 [1], TLV)

Nahum contains some of the most brutal of images of justice.

When Jonah fought the Lord about going to Nineveh, it was understandable. The capital of Assyria were innovators of cruelty and the captors of the northern kingdom of Israel. Assyria’s King Sennacherib then laid siege to Jerusalem and taunted God — for which he paid a hard price.

When God chooses to bring judgment, there is great judgment.

Despite Israel’s sins, there were always remnants who sought refuge in Him and God knew who they were. Their enemies would be defeated.

There are many passages that speak of God’s judgment on Israel to bring her back to Him. Nahum spells out a judgment that is eternal with no chance of redemption. And those who watch and hear the report, applaud because they have felt the cruelty created from the capital of Assyria.

ADONAI has issued a command against you:
no more will your name be spread.
From the house of your gods
I will cut off the idol and metal image.
I will prepare your grave—
for you have become worthless.  (vs. 14[13], TLV)

The enemy of our souls has already been judged. It is the most brutal of all God’s judgments — separation from Him, eternally.

Who this enemy carries with him to this eternal judgment is not anything we should wish upon someone. Which is why our Messiah came to offer life and redemption and atonement. In Him can be found refuge from judgment.

We need to remember who the real enemy is. Who the real manipulator is and not become bound to hatred or fear of man, but seek the LORD for redemption for those blinded by the true enemy — our mutual enemy. That judgment we can applaud.